Growing up in Missions 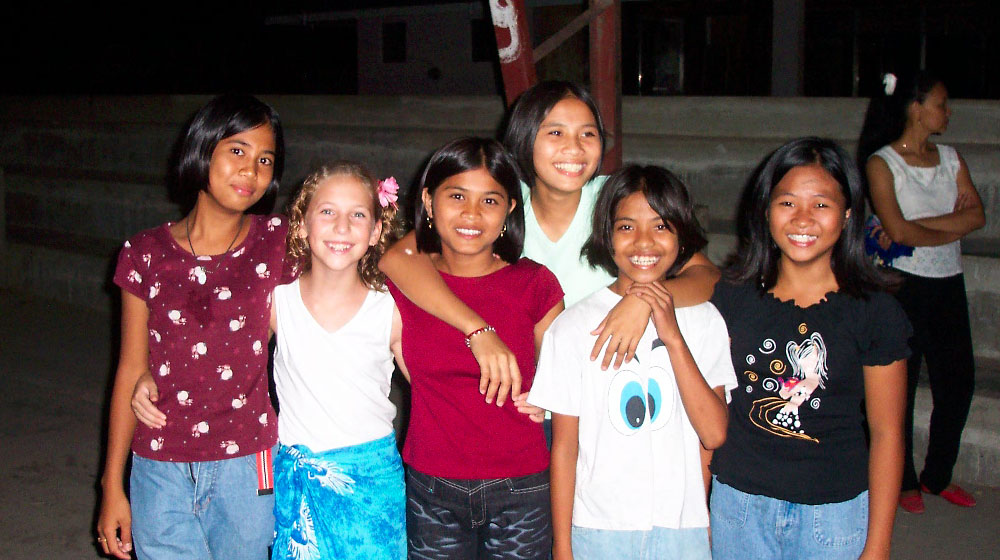 When I was ten years old I decided I wanted to go to the Middle East. Some missionary friends of ours were sharing at church, and sometime between donning a head scarf for a demonstration and the end of the service I told them that maybe we would be out there together one day.

Little did I know that day would be less than two years later. During that time the Lord had been leading my parents to quit their jobs and join YWAM. Considering such a big change, they wanted my brother and I to be included in the process. Unbeknownst to us God was speaking and confirming through both of us. So in February 2003 the four of us packed into a car, said goodbye to our house and our dog, and set off for the airport and my first ever overseas flight to Kona, Hawaii.

I was eleven years old, praying for people who had never had the opportunity to hear about Jesus

Those three months of my parents DTS lecture phase were possibly the most mind-blowingly transformational months of my life. The YWAM campus was such a thrill for us kids — so many people from all around the world all hungry for God, so much vibrancy and excitement. We also had Foundation School, where we learned everything from science to listening to God’s voice, doing math and ministry hand-in-hand. All the Sunday school knowledge that had previously been academic became real truths lodged in my heart. I learned that God loved me and wanted to have a relationship with me, He wanted to talk to me and partner with me.

It was there in Kona one night that the Lord called me into missions. I was eleven years old, praying for people who had never had the opportunity to hear about Jesus, when the Spirit of God came upon me so tangibly that I have been compelled ever since to ‘go into all the earth and make disciples of all nations’ (Matt 28:19).For two years my family travelled the world together. We had our first major cross-cultural experience in the Philippines, working in villages among the rice patties where I got to help with children’s’ ministry and joined in various skits and dances when we went to churches. I had my twelfth birthday in the Middle East with those friends from our church at home.

We have been doing this ever since. My brother and I are grown up now, and we’re still following Jesus into unreached places all over the earth. All through those years the Lord has been faithful to us, providing every need and continually breaking our hearts for those who are yet to hear. There have been many challenges along the way, but I wouldn’t change a single thing. Being part of this story God is telling is the most thrilling adventure I can imagine. I don’t want to live my life any other way.